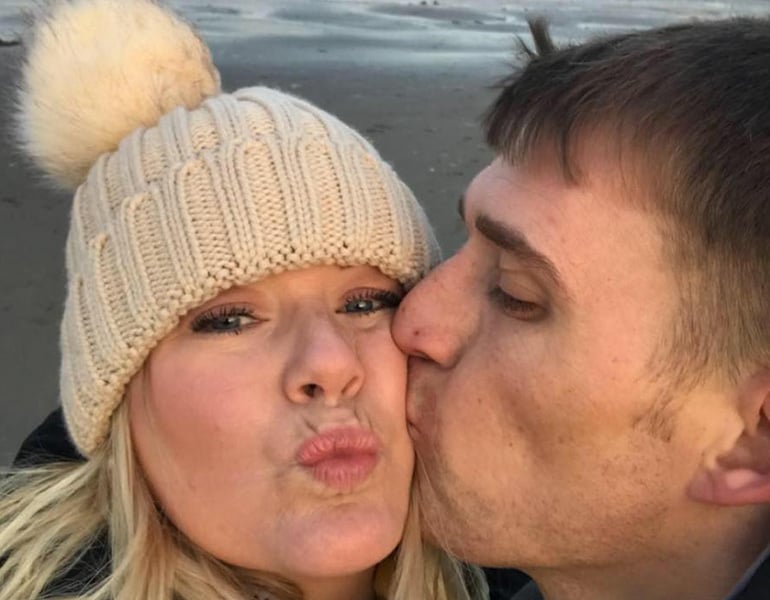 A mum-of-two diagnosed with terminal cancer has received a heartfelt video message from popstar Ed Sheeran all the way from Australia, where he is currently on tour. https://youtu.be/Z3PpxlsDgZ0

Ed said: “Hey Kelly, Ed here. I’m in Perth at the moment but I just heard your story and just sending you a message to wish you lots of love. I hope this makes you smile.”

Kelly Dimmock, 39, (originally from Eastbourne, but who now lives in Brecon in Wales) has suffered a series of personal tragedies over the years which included losing a nine-day-old baby, in 2005, before she was tragically diagnosed with stage four terminal cancer herself earlier this year.

Kelly and her husband Dave decided to get married quickly (15 years ago), just a month after they lost their baby, but it was on a very small budget and not the dream wedding they had hoped for, so the couple are determined to renew their vows now in style.

A huge Ed Sheeran fan, Kelly says her son Chance had begun singing the popstar’s songs to cheers her up which led to an online appeal to ask the star to send the little boy a message or visit the family for tea.

Kelly said, “When I first got diagnosed last month I cried and cried. I felt like my whole world had been pulled from underneath me. Then Chance started singing me Ed Sheeran songs. We joked and I told him that maybe if he learnt the words to the song ‘Perfect’ that Mummy’s friend Ed would come have a cup of tea with him.

“Well since then, as soon as Chance thought I was sad or saw me cry, he sings it. He melts my heart, he is so beautiful and innocent and at just four-year’s-old doesn’t understand this awful horrible disease is going to take me away from him.

“I couldn’t believe it when my husband woke me up the other day to say my messages to Ed Sheeran had got through and that Ed Sheeran had messaged me. Wow, I’m so, so happy. Thank you all for the love and support. Each and every one of you that have liked, shared and commented have helped make this happen.”

On the JustGiving page it reads: “After seeing numerous doctors over the last year to explain her symptoms Kelly was brushed aside with it being ‘anxiety’ unfortunately, after months of trying she finally had an MRI scan and blood tests on January 15th 2018 to find she had stage 3 ovarian cancer. A few weeks later she was told it was stage 4 gallbladder cancer that has now spread to skin, liver and lymph nodes. Kelly doesn’t want to know how long she has left and just wants to make the most out of each day. Dave is a Sergeant Major in the Army. He was due to be promoted the day Kelly found out her Cancer had spread”

Kelly who says she ‘doesn’t want to know how much time she has left’ is now determined to enjoy every moment with her precious family , which is why loved ones are now raising money on a JustGiving page so Kelly and Dave can have a day to remember. The page has already received numerous offers of help from those working in the wedding industry and raised over £4,000 in 48 hours.

Her Sister-in-law Meghan Bushell who set up the page said; “Please help us give them one last special day to remember and give Kelly the day she deserves… We do not have a date yet, but we need to organise it within the next couple of months as we do not know how long Kelly has left. Any support would be very welcome.”