Step out of the cinema after watching Dunkirk and you’ll likely be filled with a mix of emotions; sadness, exhaustion, relief, pride…

While my mum blubbed all the way back to the car, my PR brain couldn’t help but contemplate the role that the media played, and plays, in times of turmoil for Brits and all nations.

Churchill is famous for his use of propaganda and close relationship with the media throughout World War II. During a short but poignant moment, the film perfectly depicts how the media has the potential to set the mood of a nation.

Media & PR stories that genuinely made a difference

We know that the media still make a huge impact on the politics, culture and mood of the world. As we await the outcome of the PRCA hearing into Bell Pottinger’s conduct with Oakbay Capital, it’s a stark reminder of the responsibility that the PR community has with the public.

There are many campaigns I could choose from and I’m doing my best not to plug the brilliant work that our JustGiving team does…*cough*… but here are a few of my favourite stories and stunts that have made a genuinely positive difference in the world.

When AIDs victims were humanised 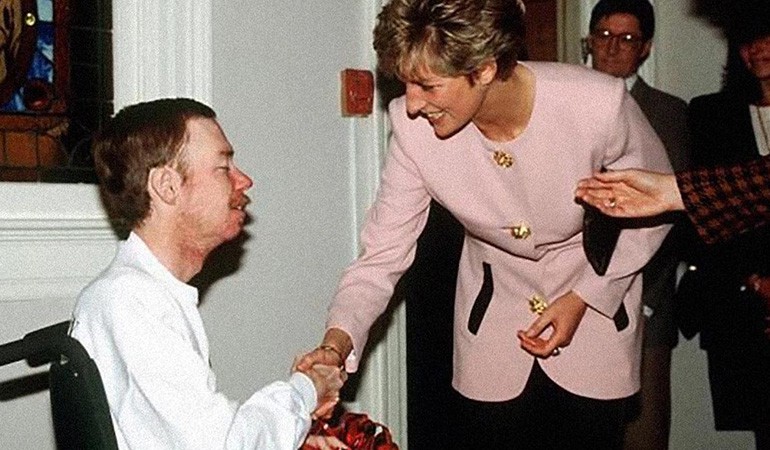 This picture changed many people’s perception of AIDs victims. The AIDs crisis in the 80s was terrifying and the unknown about the illness led many victims to be isolated. “You can shake their hands and give them a hug. Heaven knows they need it.”

Bringing a country together 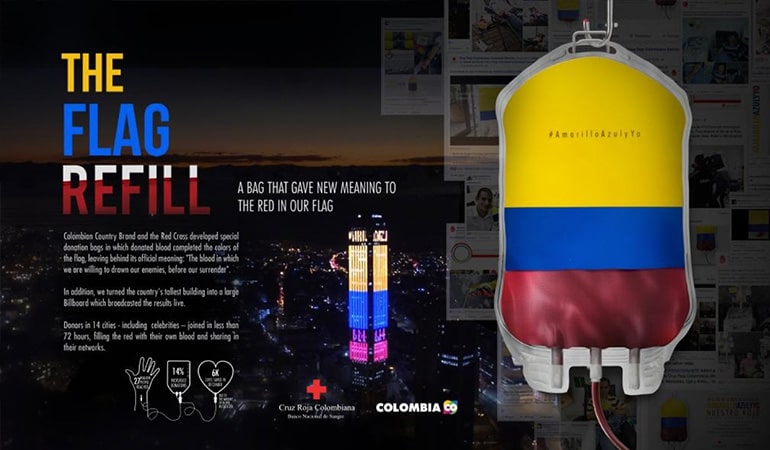 This campaign saved 6,000 lives. Tensions were high in Colombia last year as a peace agreement was signed by the Government and Farc. In order to bring Colombians together for a cause that affects all citizens, Colombia Country Brand’s #AmarilloAzulyYo (Yellow, Blue & I) campaign aimed to encourage blood donations.

Putting a stop to cruelty on killer whales 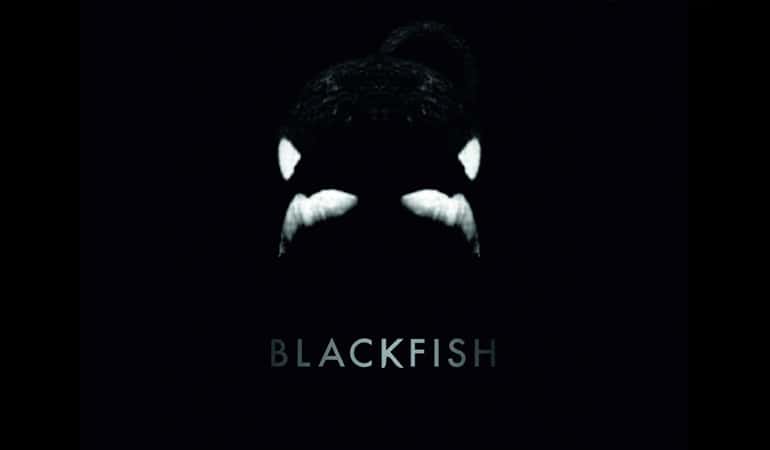 Admittedly when I visited SeaWorld as a teen the only thing I was concerned about was that the killer whale had peed in the water just before splashing everyone. The Blackfish documentary educated the world on cruelty to animals and caused SeaWorld profits to drop 84%. In March last year SeaWorld announced that it would end its killer whale breeding programme. 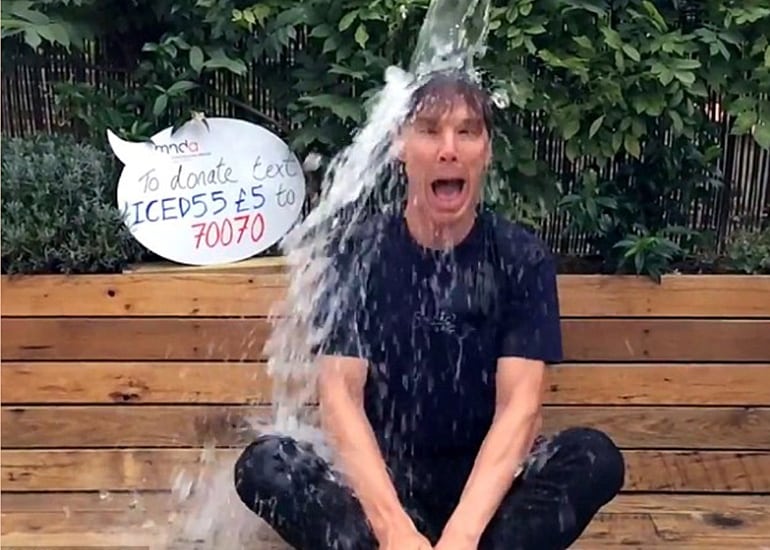 $115m was raised for ALS in the ice bucket challenge in 2014, which led to researchers identifying a gene that contributes to the disease; a potential breakthrough for treatment! 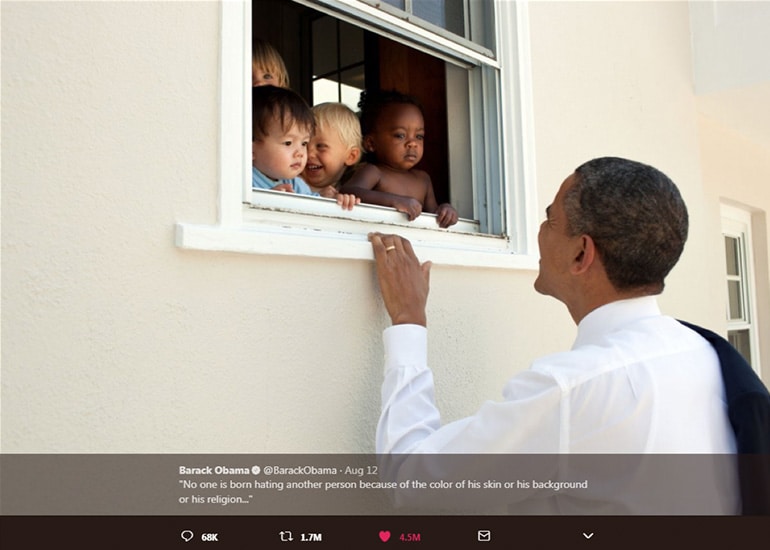 In response to the horrific events in Charlottesville, USA, earlier this month, Trump was criticised first for not saying anything, and then for his comments only causing further upset and destruction for the US citizens. At a sensitive time for the country, a single tweet from Barack Obama – now the most liked tweet in history – was the leadership message that the US public was crying out for. No one is born racist.

And last but not least… 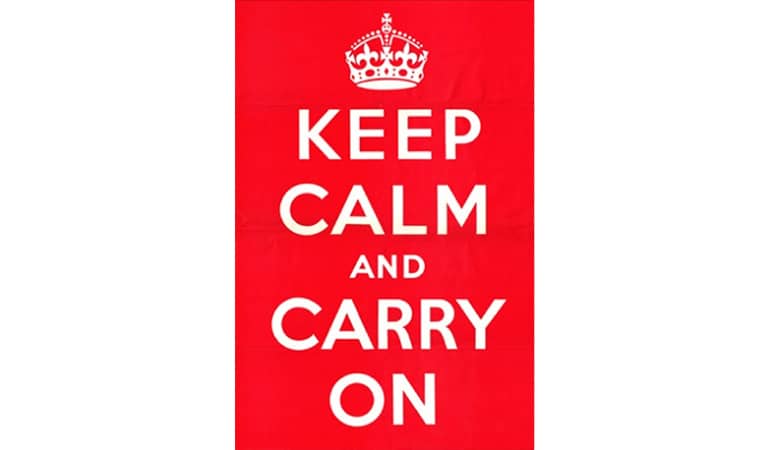 This motivational poster was just one of many produced by the British government in 1939 in preparation for World War II. Just five words have become part of Britain’s DNA.