3 Rules for Brands Investing in PR. 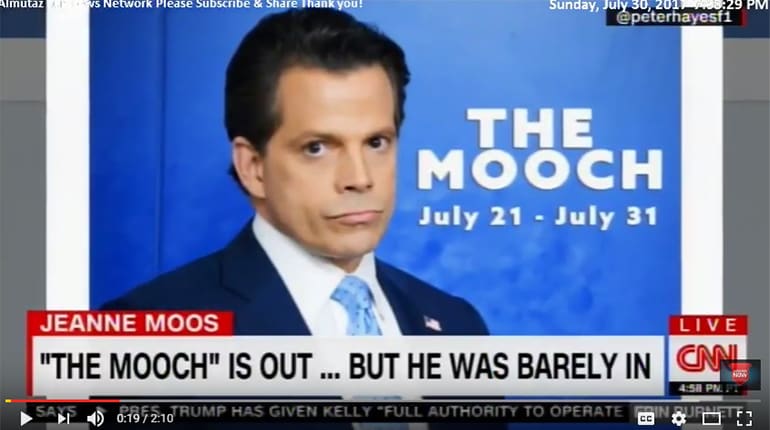 For better or for worse Anthony Scaramucci put the role of communications in the spotlight, demonstrating through glaring absence the many skills needed to be a good communicator and proving, to the delight of the communications industry, that the job really isn’t as easy as it seems.

Rather than looking at lessons learned for cataclysmic government communications heads, we’ve looked at the lessons everyday businesses looking to invest in PR can learn, and why they shouldn’t be scared of external communications.

The best communicators put their audiences at the centre of everything. Businesses should know who they want to speak to as well as newspapers know their readers. But who was Scaramucci trying to reach in his colourful TV interviews and media briefings? It’s hard to tell.

He may have been taking cues from President Trump’s address to the National Boy Scout Jamboree, speaking to 45,000 8-13 year old boys on the topics of cesspools, record-setting crowds and the hottest people in NYC. Not Good.

While not all originations will be so daft as to address a group of scouts like you’d whip up a pre-election rally, there are lessons to be learned in understanding your audiences and their different wants, needs and sensitivities rather than blindly following a single agenda.

All good businesses know their customers and audience groups so communicating with them should be natural. The challenge for many can be maintaining natural conversation and relevance when speaking through the funnels and filters of the media. It’s often easy to shift your tone and language in the pressured situation of a journalist briefing or when speaking into the lens of a camera or on the radio. Be prepared, practice message delivery and put your customers & stakeholders at the heart of your business and it will come naturally.

From ‘The Mooch’ we saw a scatter-gun of messages from the Trump pre-election playbook, including attacks on the Washington Elite, (of which he became a part) an attempt at empathy with ‘the general struggle’ and multiple reminders of his attendance of Harvard Law.

So what was The Mooch actually trying to say? What did he want his audience to think & what messages was he planning on communicating to them?

A stream of conscious based on rough assertions that he (the Mooch) was great, the President was also great and that other people in the White House were not great, is not a PR plan.

Effective communications take time, effort and skill (see the theme here?) and knowing what you want people to understand, what the call to action is and how to respond to natural questions and cynicisms can go a long way in effectively reaching and persuading your audience. No substance equals no cut-through.

Were the onlooking eyes of Washington and the voting public really going to believe the President is not a member of the ‘elite’ because he likes burgers and eats lots of pizza? And what were they going to do with this information? Why not give onlookers a strong policy message to back the POTUS in the house & help him Make America Great Again. Why not focus on demonstrating the thing you said you’d set out to do?

As well as questioning your claims before an announcement and prepare for questioning it’s crucial to read and study press and audience feedback to tweak and improve your messages and claims as time evolves. As great as you may think your news (or general rhetoric, in The Mooch’s case) may be, be fully armed with robust responses for anyone who doesn’t gobble up your message lying down.

Just let this tweet sink in for a second.

This must be the best, worst introduction for a comms person ever. Not only does he draw attention to things he rather people didn’t know about, opening up hundreds of lines for journalistic investigation, but also undermines any possibility of being a consistent, authentic voice from the outset.

Maybe we should call it ‘clarity of confusion’ or ‘transparency of transgression’ either way the lack of consistency will always undermine your agenda and impact. And no, you don’t get any bonus points for being honest about it.

The art of rhetoric has been taught for centuries, but in the space of days we see the consistency of The Mooch’s delivery, language and messages on White House harmony crumble in a call to the New Yorker:

Okay, so whilst watching high-level personal conflict unravelling in front of our eyes is more entertaining than witnessing Theresa May take the repetition of ‘Strong and Stable’ to the extreme, the simple lesson is that what you say and how you say it have got to chime – even if not everyone believes it from the outset.

Scaramucci’s vocabulary is colourful to the extreme & the contrast to the conciliatory tone of his tweet is stark but it is a reminder none the less that consistent communications matter.

The Mooch’s epic fail as Communications Director has put the role of professional communications front and centre.

Many of the scenarios we’ve seen him in may never likely to apply to the average business or organisation looking to promote themselves through the media. Very few Comms Directors will ever have the spotlight and scrutiny received by the White House Press Office and even fewer will find themselves at the heart of a full-blown, public Machiavellian power struggle.

However, when you peel back the drama, the hand-gestures and the remarkable political context, there are fundamental rules of communication that will keep the communications and PR efforts of businesses of all shapes and sizes safe from any kind of back-stab, front-stab or even self-stab.

Understand your message, know your audience and respect your narrative.