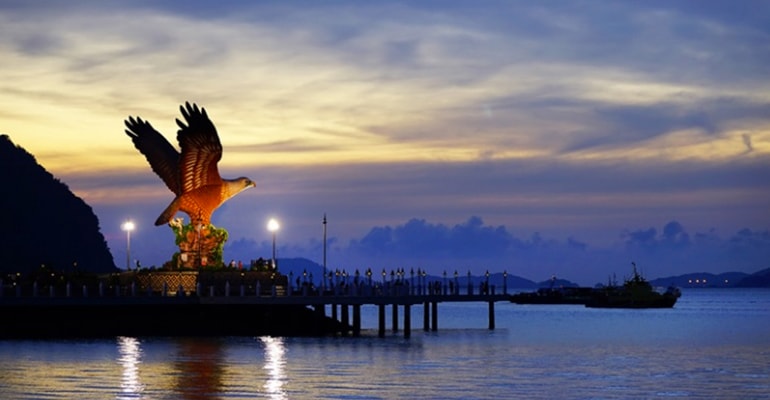 The announcement comes after the airline just recently increased its London Heathrow-Guangzhou service to twice daily, meaning passengers can now take advantage of improved connection times to 30 new destinations across its network.

The new service will launch today, 11 July 2017 with fares from £398 return, including all taxes.

Still a relatively unknown paradise to international travellers, the islands have not suffered from overdevelopment, meaning visitors can enjoy the true rural Malaysia, with its traditional villages and relaxed atmosphere. Despite this, the destination still offers attractions for those who enjoy some modern-day frills, with a hugely popular aquarium boasting 200+ marine species, a cable car to the top of mount Mat Cincang (Langkawi’s second highest peak), and every consumers’ dream – duty-free shopping.

“Adding Langkawi to our network allows us to open up the unspoilt and lesser-known islands of South East Asia to the international market, giving those intrepid travellers the chance to discover some new hidden gems” says Nick Newman, Commercial Manager for China Southern Airlines, UK & Ireland.

He continued: “The airline continually strives to make the world more accessible to its passengers, boasting a vast network of 200+ destinations across 40+ countries and regions in the world.”

Based in Guangzhou, China Southern Airlines boasts the largest fleet, most developed route network, best safety record and largest passenger capacity of any airline in China, operating both the A380 and B787 (Dreamliner) aircraft.

For more information or to book tickets visit http://global.csair.com/

A 4-star airline, acclaimed for its high level of service, China Southern Airlines is based in Guangzhou and is a proud member of the SkyTeam global airline alliance.

The airline currently flies daily from London Heathrow Terminal 4 and will increase its frequency to twice daily from 1st June 2017.

China Southern Airlines was ranked 6th in OAG’s 2017 analysis of the world’s top 20 carriers based on seat capacity, boasting one of the youngest fleets with an average aircraft age of 7.1 years.